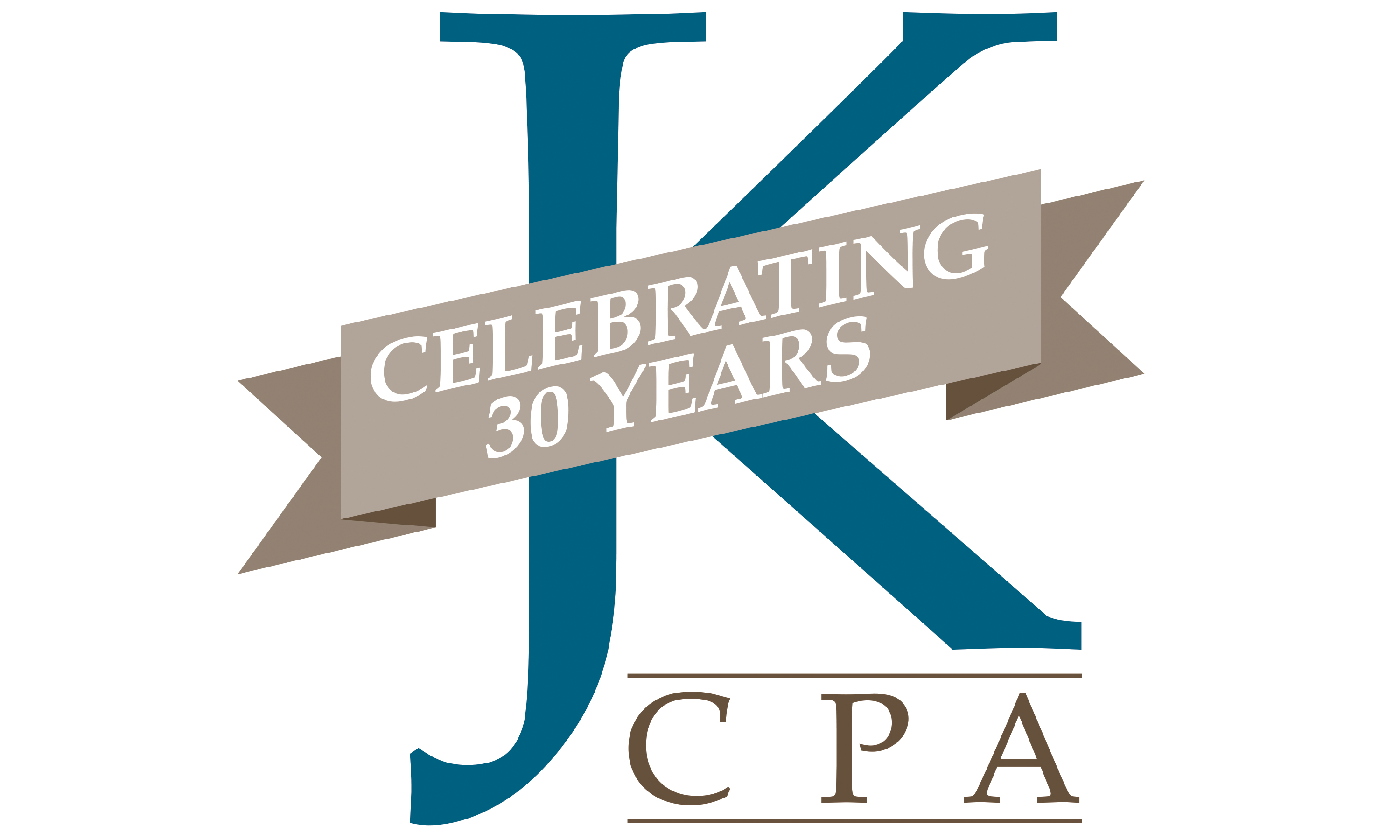 John Kasperek Co., Inc., a local Certified Public Accounting firm out of Calumet City, Illinois, is celebrating its 30th Anniversary this year. Led by founder and managing partner, John Kasperek, Jr., the company has developed a niche primarily in the Chicago Southland area for providing customized accounting consulting and audit services to local units of government including schools and municipalities, in addition to its accounting and tax practice for nonprofits, corporations and individuals.

Kasperek and his partner, Stephanie Blanco, CPA, don’t shy away from embracing the challenge of all that comes with building a company from the ground up – a truly American-made story rooted in hard work and long hours, responsive service, word of mouth referrals and valued relationships.

“Our clients mean everything to the company,” says Kasperek. “No matter how big or small our clients know they are getting Cadillac service and the very best effort from myself and my team. I think that kind of commitment is still appreciated today and is probably the main reason we have been successful going on 30 years.”

A Leap of Faith

It didn’t take long for Kasperek to realize what he needed to do. After earning his CPA Certificate in 1982 while working for a public accounting firm, he set his sights on becoming a partner initially. Kasperek loved the challenge of public accounting and providing helpful services to governments in a variety of settings. As he had successes, established some critical relationships and developed his expertise over the next several years, his thoughts shifted to starting his own firm.

“I realized I knew just as much or more than many of the partners I was working for – or at least I thought I did,” says Kasperek with a smile. “One day I came home and said [to his wife] ‘Bev that’s it, I’m starting my own firm.’ What I didn’t know was just how much of a commitment it would be in blood, sweat and tears of not only myself, but for my entire family.”

Beverly Kasperek would help manage the office responsibilities while juggling the needs of three boys – Kyle, Kevin and Kory. First, out of their home and then from the Calumet City office on Ring Road (the firm still utilizes the original office as the headquarters for staff now often working remotely or on site at the client). All of the boys would pitch in taking care of the office, the grounds or helping out during tax season wherever possible. Kyle would join the firm in a significant role later on, most recently being named Manager during this 30th Anniversary year. He has now worked for the firm for more than 15 years, beginning with his Internship while attending Marist High School and serving as a full-time associate since earning his Bachelor’s Degree in Finance from Northern Illinois University.

“The best part of this journey has been being able to share it with my family,” said Kasperek.

Kasperek reflects on two key components critical to the development of the company’s unique governmental expertise: his firm’s role as the Finance Director of the City of Calumet City and the ascension of his now partner—Stephanie Blanco.

After the firm performed the 1989 audit for the Calumet City Fire Pension Fund, then Mayor Bob Stefaniak and the City Council elected Kasperek and his firm to the position of Finance Director as a general contractor, a role he has retained ever since.

“Calumet City allowed my firm to grow our expertise exponentially, as we were called upon to provide services in a variety of areas and from a perspective that many auditors never engage in such as collective bargaining, economic incentive agreements, and tax increment financing to name a few,” said Kasperek. ”Understanding public accounting from both sides of the aisle allowed us to grow our consulting business and bring added value to our clients.”

As the company’s client base grew, so did the need for additional talent. Enter Blanco in 1998, Kasperek’s longest tenured employee.

“Stephanie is a true expert in all areas of auditing, accounting and consulting,” said Kasperek. "I realize how lucky I am that one of our first CPAs was Stephanie. She allowed our firm to grow significantly. She’s responsible for our quality control, peer review process, scheduling and staff training among everything else. She’s been my right hand for the past 20 years and counting.”

Blanco, who became a partner in 2018, is a licensed CPA in both Illinois and Indiana. She earned her Bachelor's Degree from Davenport University and passed the CPA exam in 1999. She is also a member of the Government Report Review Committee of the Illinois CPA Society, where she was previously elected chairperson for consecutive terms by her peers.

Celebrating 30 Years and Beyond

Kasperek said the company has no plans to slow down. The firm engaged in a strategic planning process in 2016 that has already led to new clients, new employees, Blanco’s partnership, office renovations, new company branding and much more.

“We want to be as responsive to the needs of our staff as we are to our clients,” said Kasperek, who cites client and staff engagement as critical focal points of the firm’s vision for the future.

As John Kasperek Co., Inc. makes plans to recognize its 30th Anniversary with a year-end client celebration, new logo and video production, and much more, Kasperek shakes his head at the growth since that January day when he came home and started his own business. More than 500 clients later, including over 50 schools, municipalities and nonprofit organizations, with now 12 employees and plans for a southwest suburban office, it’s all about the community. Born in Hammond, IN, and raised in Lansing and Calumet City, Kasperek has set an example his firm has followed investing in the community and making a difference for the clients they serve.

“At the end of the day, we are blessed to have wonderful clients and a team of people who treat their organizations as if they are our own. We are proud to live, serve and volunteer in the communities in which we work.”